Literature / Rugrats: The Turkey Who Came To Dinner 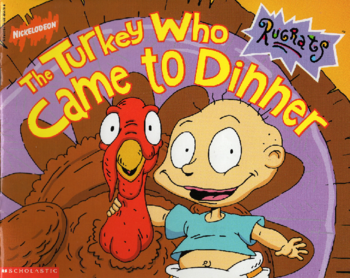 Based off of the Rugrats Thanksgiving Episode of the same name. It was adapted by Kitty Richards from the script by Mark Palmer.