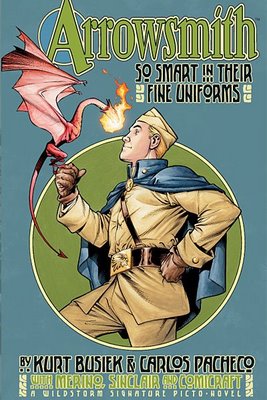 Arrowsmith is a fantasy comic book by writer Kurt Busiek and penciller Carlos Pacheco, published by Wildstorm's Cliffhanger imprint. It first premiered as a six-issue miniseries in 2003.

The story follows the protagonist, Fletcher Arrowsmith, as he joins the war effort on the side of the Allies, gets taught the rudiments of sorcery and engages in some brutal battles with the enemy Prussians.

Not to be confused with the novel by Sinclair Lewis.