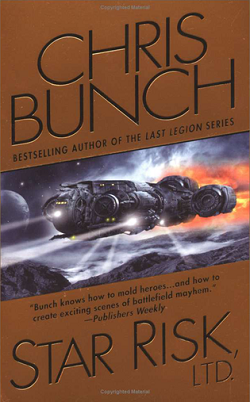 Star Risk, Ltd. is a series of five science fiction novels by the late Chris Bunch following a private military contracting company of the same name.

The Star Risk team is: