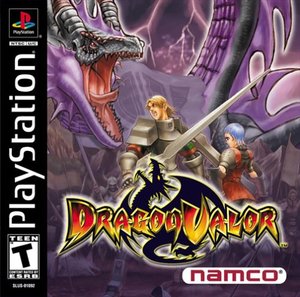 Dragonslaying for generations to come.
Advertisement:

Dragon Valor is an Action-Adventure game for PlayStation by Namco. It is the third game in Namco's Dragon Buster series.

Dragon Valor is a wielder of magic sword, whose job is to rid the world of dragons. The game's main selling point was that there were several generations of these Dragon Valors, and the player's choices would lead to branching paths with different playable characters.

Examples in this video game: