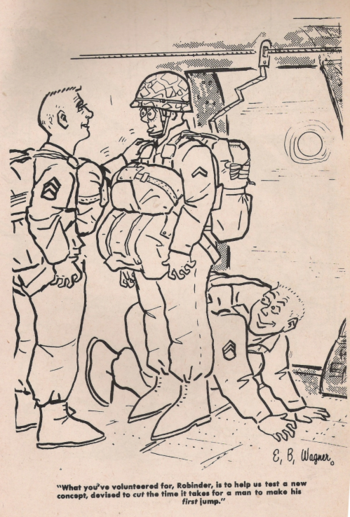 A classic physical comedy bit, sometimes known as a 'table top'. Alice is having an argument with Bob. Charlie comes up behind Bob and gets down on his hands and knees. Alice then pushes Bob who takes a step backwards and trips over Charlie.

If done in an actual fight rather than as a prank, this often indicates that the pranksters are out to humiliate their opponent rather than seriously hurt them. In a serious context, it's actually a common street-fighting technique... when you outnumber your opponent, obviously.

Do Not Try This at Home: The victim could land on the back of their head, potentially leading to serious head injury.