Film / Children's Party at the Palace 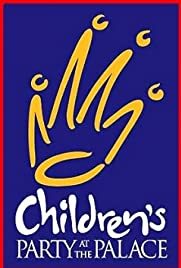 Who knew Her Majesty could host a garden party for the kids? And not to mention a full-blown panto!
"Ladies and gentlemen, and children everywhere, as been so evident this afternoon, British children's literature has been for many years an extraordinary success story. And I am glad that we have been able to celebrate this great achievement here at Buckingham Palace."
—Queen Elizabeth II
Advertisement:

So, you're HM The Queen. How are you going to celebrate your 80th birthday? By using your gaff to host a Massive Multiplayer Crossover for the kids of course. And don't forget the many characters from literature created in the United Kingdom. They want to be included, even the most devious ones of all...

The Children's Party at the Palace was a 2006 event in the UK where 2,000 children and 1,000 adults, chosen by national ballot, were invited to a garden party at Buckingham Palace hosted by none other than Her Majesty herself. One of the attractions was a Pantomime, called The Queen's Handbag, where characters from the past 100 years of children's literature hunt the Queen's lost handbag, so that she can get her reading glasses back and deliver her closing speech. Most scenes were filmed on a stage resembling a smaller replica of the Palace, whilst other scenes were filmed in separate studio sets and inside the actual Palace itself (yes, really!). It was also televised on the BBC. It originally had a full YouTube upload, but unfortunately, the channel who uploaded it was terminated, and therefore was deleted (due to something completely unrelated to this film)note However, as of this writing, a new upload recently resurfaced but with certain parts cut.