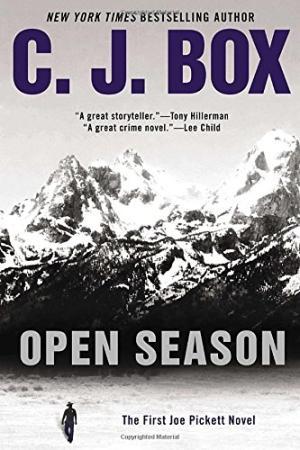 Wyoming game warden Joe Pickett is the protagonist of a series of novels by C.J. Box, starting with Open Season in 2001. Over that time, he’s taken on environmental terrorists, rogue federal land managers, animal mutilators, crazed cowboy hitmen, corrupt bureaucrats, homicidal animal rights advocates, and violent dysfunctional families. Joe has matured, lost some of his innocence and naïveté, and committed acts that continue to haunt him. But through it all, he has remained true to himself and his family. And even when he knows that pursuing justice will bring the community, state, and his superiors down on his head, well… he just can’t help it.

Tropes used in the novels include: