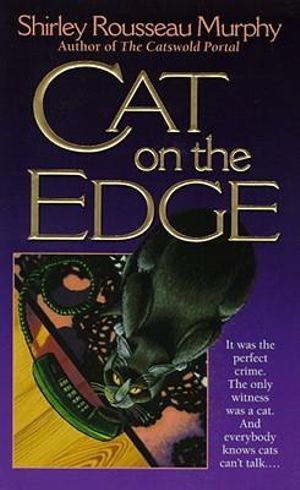 Joe Grey is the eponymous protagonist of a series of novels by Shirley Rousseau Murphy, starting with Cat on the Edge (1996).

Joe Grey was an ordinary tomcat. He spent his days hunting mice, fighting for alley scraps, and being the top cat in his home, favored by his owner, Clyde.

Then one day he witnesses a murder. Soon afterward, he starts realizing he's having rational thoughts like a human and that he can understand human speech. And then he realizes that he's able to speak it, too. He meets a fellow feline, Dulcie, who has had the same thing happen to her. However, they don't have the luxury of being able to revel in their newfound abilities: the killer saw Joe at the murder scene, and is killing any cats he can get his hands on. Joe is the only one who is able to solve the murder, so he and Dulcie team up to catch the killer and save their own lives.

Later on, the two of them make it a habit to solve local crimes, and, joined by a young cat named Kit, they become regular anonymous snitches... as long as they can keep their secret abilities hidden.