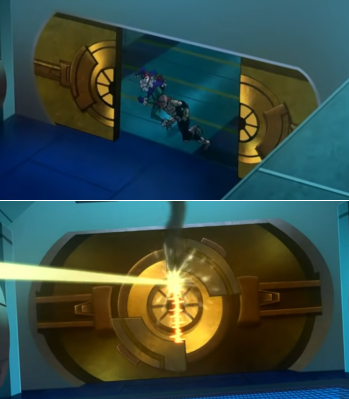 A cousin trope to Shoot Out the Lock: In speculative fiction, when you want the door to close and stay that way for a while, you weld it shut with a laser or similar device.

For using a laser to make a door, see Laser Cutter.