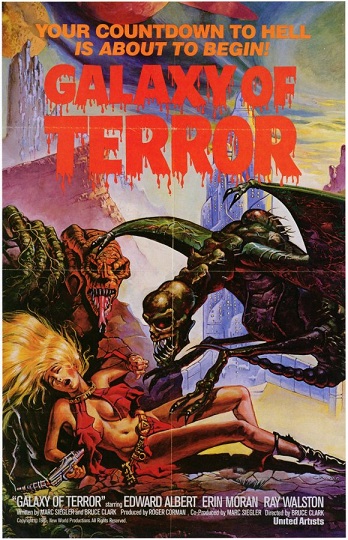 The crew of the starship Quest are sent on a rescue mission to the distant planet Morganthus where they discover a mysterious pyramid-shaped structure, that sets gruesome things out to kill them, born from each of their fears.

James Cameron was the production designer and second unit director for this one, by the way.