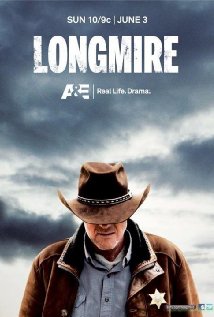 A New Old Western that premiered on A&E on June 3, 2012 based on the "Walt Longmire Mysteries" novel series by Craig Johnson. It follows the adventures of Walt Longmire, a Wyoming sheriff attempting to keep the peace in his county while recovering from the loss of his recently-deceased wife.

Initially cancelled by A&E after its third season, the series was rescued by Netflix for a fourth season. Netflix released the sixth and final season on November 17, 2017.