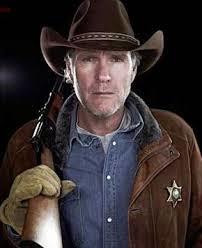 "We men are wretched things".

The main character of the show (and the books it's based on) and the veteran sheriff of Absaroka County. At the start of the series, Walt has become distant from both his job and his daughter following the death of his wife. 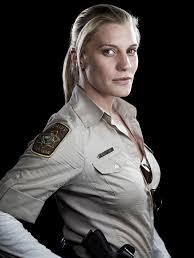 "I'm toxic. You should just stay away from me 'cause I'm bad for people."

Walt's right-hand deputy and an ex-Philadelphia homicide detective. She recently moved to Wyoming with Shaun Keegan, her husband. Is of Italian descent. 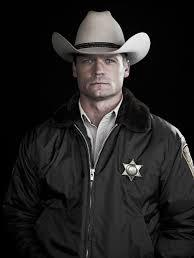 "Don't you ever pull a gun on me. I'm not the quarterback anymore. I am the next sheriff."

An ambitious deputy who comes from a wealthy local family; his uncle Lucian was Walt's predecessor as sheriff, and Branch also hopes to be sheriff one day. 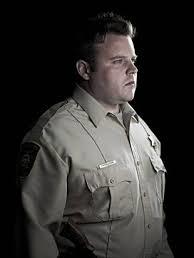 "I know I was a favor. I only got hired 'cause you were helping out my dad."

An awkward but hard-working young deputy. Walt sees something in Ferg, but initially can't articulate it. As the series progresses, Ferg is revealed to have eclectic interests that help in his work, justifying Walt's intuition. 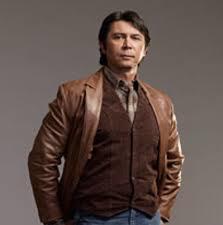 "It is a beautiful day at The Red Pony and continual soiree."

A Cheyenne who is Walt's best friend and confidant. Their friendship goes back to their early school days together. He is the proprietor of the Red Pony Cafe, a local tavern and restaurant, and an expert tracker.

A local businessman representing the interests of the Cheyenne.

Played by: A Martinez
Chief Mathias

The current Chief of the Cheyenne Tribal Police.

A principled vigilante-for-hire on the Rez, Hector is a high-school dropout and former boxer who makes a meager living punching the teeth out of those who have horribly wronged others. It may not be justice, per-se, but sometimes it's the best the people of the Rez can get.

The former Tribal Police Chief, in prison for using his office to run a protection racket.

A young Cheyenne woman who lives with her mother. Henry was her high school basketball coach. 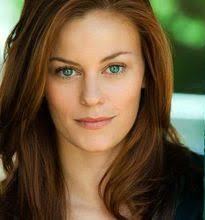 The town drunk who has worked a variety of odd jobs.

A nurse who catches the Ferg's eye, then his heart.

A local hunter and gun enthusiast who helps Walt in many of his investigations.

A boyhood friend of Branch Connally who wants to be a sheriff's deputy.

The man who killed Walt's wife.

A survivalist who leads a devoted cult of freedom worshipers.

An overworked psychiatrist specializing in PTSD whose program is underfunded. Becomes a Love Interest to Walt in Seasons 4 and 5.

A severely Shell-Shocked Veteran and a patient of Dr. Donna Monaghan who kidnaps her because she thought she was being abused by Walt.