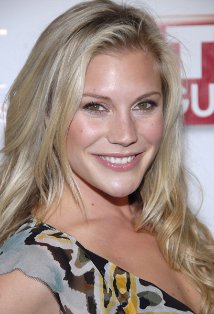 "Out of the box is where I live."
Advertisement:

Kathryn Ann "Katee" Sackhoff (born April 8, 1980 in Portland, Oregon) is an American actor. She came to prominence for her critically acclaimed performance as Lt. Kara "Starbuck" Thrace on Battlestar Galactica (2003), and since then has been a regular and welcome face in film and television, particularly genre works in which she's something of a superstar, like her decade-long tenure as badass Mandalorian warrior Bo-Katan Kryze in various Star Wars projects.

Tropes pertaining to or associated with Katee Sackhoff