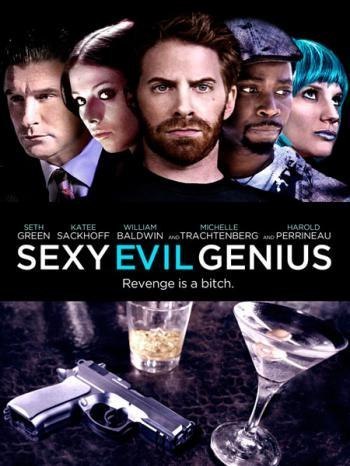 Sexy Evil Genius is a 2013 Direct-to-DVD film directed by Shawn Piller and starring Seth Green, Michelle Trachtenberg, Harold Perrineau, Katee Sackhoff and William Baldwin. Three strangers meet in bar, being invited there for a reunion with Nikki, their shared ex, and recount their history with her. The party gets going when Nikki herself arrives, who may not be all that she seems.

The film is a mix of Drama, Thriller and Black Comedy.