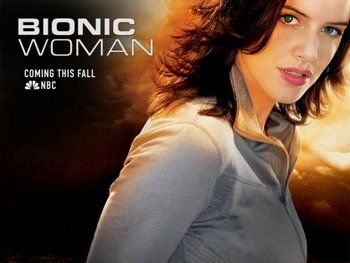 Bionic Woman is a reboot of the '70s series The Bionic Woman, launched by David Eick, one of the producers of the new Battlestar Galactica. It briefly aired on NBC in fall 2007 and starred Michelle Ryan (Zoe Slater from EastEnders) as a Fake American.

It lasted only nine episodes before the writer's strike and low ratings killed it.