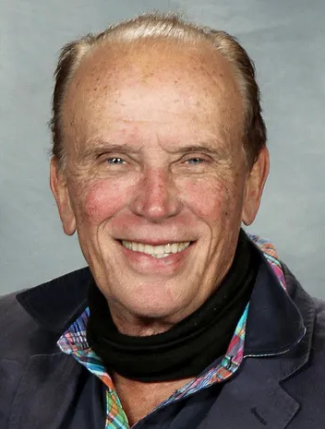 "My career was always full of risks one way or another, and that's the way I like it."
Advertisement:

Dr. Peter Frederick Weller (born June 24, 1947) is an American actor, director, lecturer and acting heavyweight. If you see him in a film or television show, just know that the quality of whatever you're watching has just gone up. He's undoubtedly known best for his role as Alex J. Murphy, better known as RoboCop (who he played in the first - and best - two films of the series) and loved best for his role as Buckaroo Banzai in the Cult Classic The Adventures of Buckaroo Banzai Across the 8th Dimension.

Aside from starring in one of the most iconic sci-fi films in all of history, he's also known for roles on stage and television. He often plays Ensemble Darkhorses and villains, such as Paxton in Star Trek: Enterprise, Stan Liddy in Dexter, Mr. Yin in Psych and Christopher Henderson in 24. Of course, he's also played sympathetic characters such as Alistair Peck in Fringe and William Lee, the lead character in David Cronenberg's Naked Lunch. He's also the voice of Batman in the animated adaptation of Batman: The Dark Knight Returns. He also starred in Star Trek Into Darkness as Admiral Marcus. He has worked a lot as a director in television, as well as directing the short film Partners (1993).

In 2019, he reprised the role of RoboCop as part of KFC's "Colonel Sanders" commercials and followed it in 2020 by reprising the role in Mortal Kombat 11.

He's also a major history buff, and has contributed to The History Channel on several occasions. He also teaches courses in ancient history at Syracuse University in New York. And he has a Master's Degree in Renaissance and Ancient Greek artwork and was recently conferred his Ph.D. in Italian History from UCLA. So yes, you can call him Dr. Peter Weller.

He also has an extremely cool and instantly recognizable voice. In fact, reread this entry in his voice and see how much cooler it sounds.

Not to be confused with Paul Weller of The Jam.