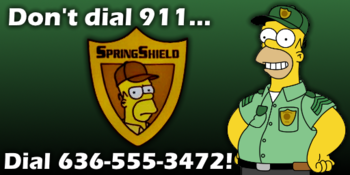 A self-funded, self-supporting private agency which can act as a legal authority and law enforcement power, or as an official military outfit, even with minimal (if any) ties to actual government/military/police organizations. Agents can act as fully deputized and authorized agents of the law and/or government without bothering with official credentials, pesky background checks, and so forth. The strike force can consist of a One-Man Army (usually if they're the good guys) or an entire Red Shirt Army (usually if they're the bad guys). The agency might have its own rigorous training regimen or simply recruit former soldiers and policemen.

There are no pesky "letter of the law" rules and procedures which apply to traditional agencies and seem designed to protect the guilty while punishing the innocent. The government might even sub-contract the agency to do all its dirty work.

For an actual government agency version, see Heroes "R" Us. See also Private Military Contractors, which may overlap. There's also a good chance it could be part of a Mega-Corp or a N.G.O.. It also might employ Corporate Sponsored Superheroes. Such agencies must simply be the police in a society which has everything privatized (sometimes it's all owned by a single private entity), in which case it's just one arm of the larger group. May be connected to a Private Profit Prison, if they also own the prisons.