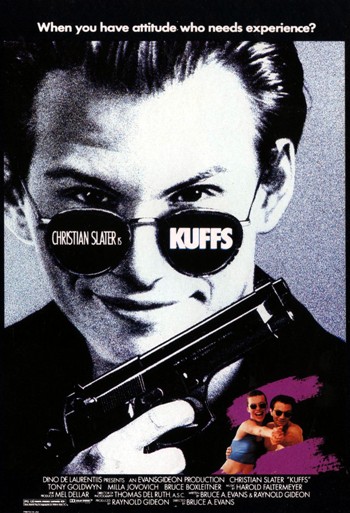 A 1992 action comedy film directed by Bruce A. Evans and starring Christian Slater.

Slater plays George Kuffs, an irresponsible twenty-one year old who walks out on his pregnant girlfriend Maya (Milla Jovovich) and runs, broke, to see his big brother Brad (Bruce Boxleitner) in San Francisco. Brad is the owner of a Special Patrol, a franchised civilian auxiliary police force. During George's visit, Brad is killed, and George, who witnessed the killing, takes over the patrol to seek revenge. But first George has to earn respect from the patrol, and at first all of them want him out. But with the help of a police liaison (Tony Goldwyn), he uncovers an illicit scheme involving $50 million, a case Brad was just about to break when he was killed. George decides to stick around and complete the work his brother started.