We Will Use WikiWords in the Future 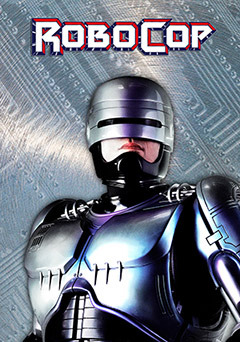 In Speculative Fiction, particularly 20 Minutes into the Future, when you invent something new, you create a name for it by slamming two existing words together. Hard. Letters in the middle are often killed in the process.

Admittedly, this is how a lot of real words get formed, but for full SciFi (see what we did there!) credit, the combination should sound grating, unnatural, and futuristic. Also, when you create real words this way, you usually do it by combining roots which aren't complete words (at least in English) to begin with. Typically a noun and an adjective. (See Wikipedia:Portmanteau.

More often than not, the resulting word ends up with internal capitalization, aka CamelCase, or BiCapitalization

). This has bled over to the real world, but is currently limited almost entirely to computer and Internet related phenomena. Naturally, it plays hell when trying to talk about them on this website.

This convention is, of course, perfectly natural in languages where you make new words that way as a matter of course, such as German (but note that German doesn't use CamelCase) or Japanese (see Portmanteau Series Nickname). As evidenced by the popularity of terms like Blogosphere (or arguably Blog, for that matter) and Podcast, as well as the long list of Real Life examples below, this trope is definitely Truth in Television in English as well, though not to the point where the entire language is replaced by such words (yet).