Literature / The Pride of Parahumans 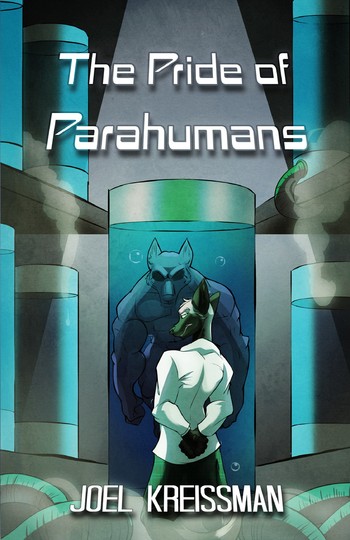 Genetic engineering isn't what it used to be.
Advertisement:

The Pride of Parahumans (Amazon

) is a 2016 hard science-fiction novel by Joel Kreissman as part of his Para Imperium universe.

Parahumans were created to exploit a star system humanity lacked the courage to venture out into themselves. Grown from a blend of human and animal genes and printed over an alloy skeleton in a vat rather than born they were designed from the cells up for life in space.

But now, after years of fighting, they are free of Earth's tyranny. The Asteroid Belt is now a constellation of Parahuman habitats just figuring out how to survive without their old masters. Experimenting with every form of government from democracy to feudalism.

Argentum, Aniya, Cole, and Denal were just freelance prospectors based out of the Ceres Directorate when they ran into a pirate. It was only after they splattered him across space that they realized he had powerful relatives. They thought they could escape retribution by migrating to the anarchic habitat of Vesta.

But it turns out that no government doesn't mean no rulers. When Argentum gets a job with the Society for the Preservation of Parahuman Species that produces clones for Vesta's elite ze finds zirself with the very future of zir clade in theirpaws.

Joel originally self-published the novel in early 2015, but reconsidered his strategy in 2016 and submitted it for publication to Thurston Howl Publications