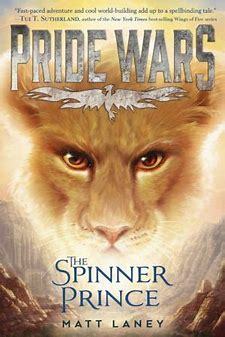 I am Leo, prince of Singara, and I am about to die...
Millions of years in the future, humans are gone, and the land of Singara is ruled by bipedal lions. The lions, called Singas, believe in fact and have outlawed fiction. They previously had a war with the Maguar, and constantly prepare for another attack. Leo, prince of Singara, is secretly a "spinner", who tells stories at random moments and can make the characters come to life. Meanwhile, his traitorous cousin attempts to take the throne. The first book, The Spinner Prince, came out in 2018, and a sequel came out in July, 2019.