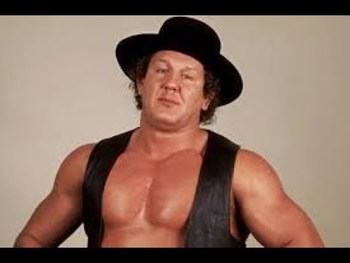 Robert Keith Orton Jr. (born November 10, 1950) is an American Professional Wrestler best known for his run in WWE as the bodyguard to Roddy Piper under the name "Cowboy" Bob Orton. In addition to his runs in the WWE, he's also wrestled for the NWA, WCW, All Japan Pro Wrestling and runs in the independent circuit. He is the son of late wreslter Bob Orton, Sr., the brother of Barry Orton, and the father of current WWE superstar Randy Orton. He was inducted into the WWE Hall of Fame in 2005 and has made a few appearances since then.