Is That the Best You Can Do? 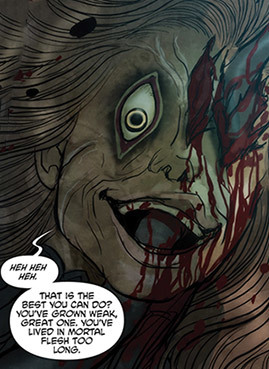 "After being abandoned by your alliance, several serious injuries, two separate mutt attacks, and near starvation and dehydration, never ask the Gamemakers if that's all they've got. They always, always, always have more."
— Antigone, The Victors Project
Advertisement:

Often said defiantly, only rarely despairingly. Usually said by a person that abides by The Law of Diminishing Defensive Effort. If it's followed up by Now It's My Turn, you better hope you have your legal affairs in order.

(His name actually is Doctor Bell.)