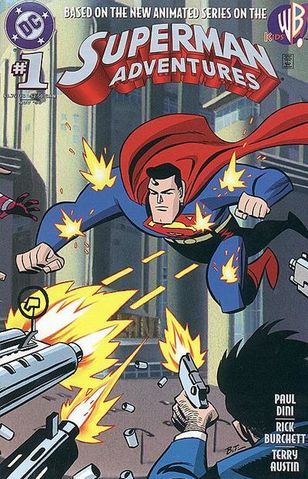 A Superman comic book series in the universe and style of Superman: The Animated Series, and counterpart to The Batman Adventures. Like that book, it featured mostly done-in-one, tightly focused and exciting Superman stories that stayed away from the grimmer Dark Age tone, endless crossovers and Continuity Lockout of the main Superman series.
Advertisement: