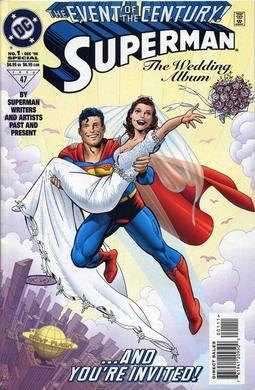 Superman: The Wedding Album is a Superman special issue published in 1996, shortly after the Crisis Crossover Final Night. It is the Wedding Episode for Clark and Lois.

Lois Lane returns to Metropolis after having spent some time working outside the USA. She finds out that Clark still keeps the compromise ring she returned to him, and they rekindle their relationship, going straight to the wedding.