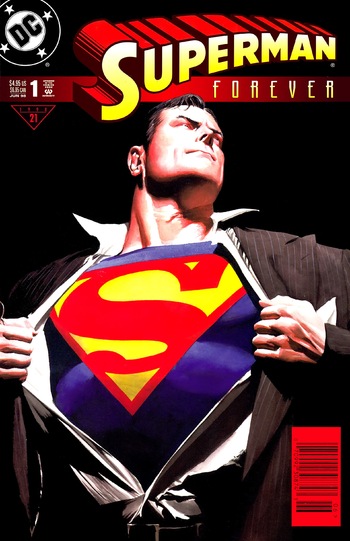 Superman Forever is a one-shot story published by DC Comics in 1998, serving as a bridge between the Millennium Giants storyline that closed out Superman Red/Superman Blue and The Dominus Effect storyline. As Superman is merged back into one being and has his original powers and abilities restored, he soon finds out that Lex Luthor's infant daughter Lena has been captured. Working together with various people in Metropolis, Superman soon discovers Lena's kidnapper and rescues her, giving her back to Lex.