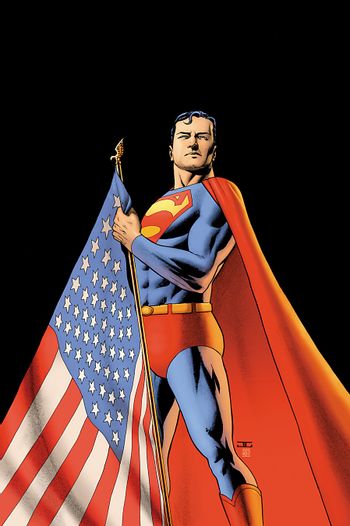 Superman: Grounded is a story arc that ran on the flagship Superman comic book in 2010-2011. Originally, it was written by J. Michael Straczynski, who left the book in order to write the graphic novel Superman: Earth One. Chris Roberson took over writing duties and completed the story arc.

Superman: Grounded is — together with The Black Ring and Reign of Doomsday — the Post-Crisis Superman's final storyline in before DC Comics started the New 52, which rebooted their entire line of publications, and the final storyline in the original Superman (Volume 1) comic book.

The arc takes place directly after the events of War of the Supermen, which saw Earth go to war with New Krypton. Believing he has lost contact with the humans he has sworn to protect, Superman decides to walk across the United States in order to reconnect with humanity.