Comic Book / The Man of Steel 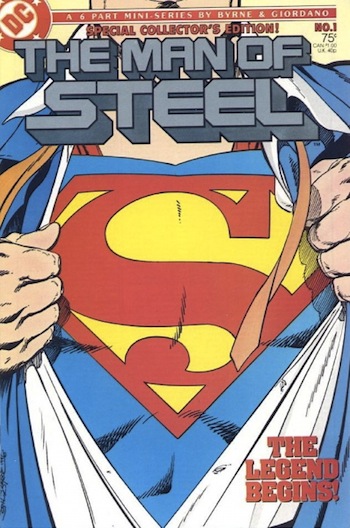 The Man of Steel is a six-issue mini-series, by John Byrne, published in 1986 by DC Comics.

It lays the foundation for the Post-Crisis version of Superman, retelling his origin and showing his first encounters with his friends, Batman, and Lex Luthor.

In 2018, the title was revived for a six-issue mini-series penned by Brian Michael Bendis, exploring Superman's past in the DC Rebirth era as he faces a new villain.

Not to be confused with the later published Superman: The Man of Steel, which was published from July 1991 to March 2003.

The Man of Steel provides examples of: