Comic Book / Superman for All Seasons 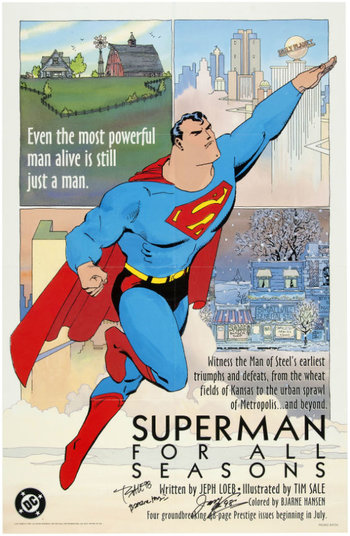 Superman for All Seasons is a 4-issue comic book limited series written by Jeph Loeb with art by Tim Sale, originally published by DC Comics in 1998. With a theme dealing with seasons, the artwork contains many influences from that of Norman Rockwell. The story also parallels the events from Superman's then-origin story John Byrne's The Man of Steel, though it can be read on its own.