Comic Book / The Trial of Superman 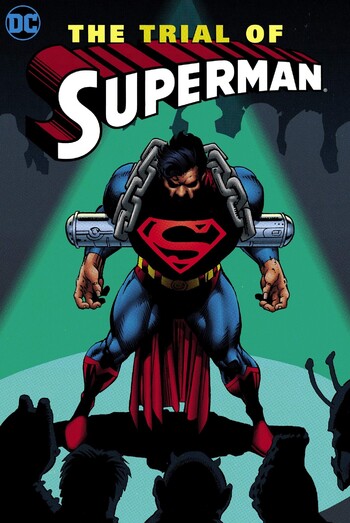 The Trial of Superman is a Superman story arc released between late 1995 through early 1996. Taking place concurrently with the DC event Underworld Unleashed, Superman is abducted by a group of aliens known as the Tribunal, judging Superman on the crimes of his ancestor which would have kept Krypton's natives unable to escape the doomed planet. Finding the charges to be bogus, Superman escapes prison with a group of inmates and goes on the lam, traveling from planet to planet on his quest to find his way home. Meanwhile, Alpha Centurion, Supergirl, Steel, Superboy, and the Eradicator join forces to locate and recover the Man of Steel. Will they be able to save Superman from his fate?