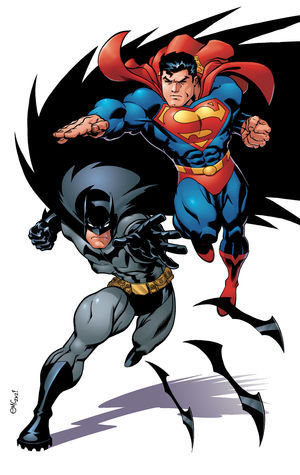 Superman/Batman was a monthly series published by DC Comics featuring team-ups of the so-called "World's Finest Duo". The series explored the relationship between the two heroes, featuring a unique dual-narrator approach where both Superman and Batman simultaneously narrated the story with their thoughts. The series is also notable for restoring Superman and Batman to being good friends (though not to pre-Crisis levels), since John Byrne's The Man of Steel series initially rebooted the two as not getting along due to their contrasting ideals, although they still respected each other.

Notable Stories in this series: