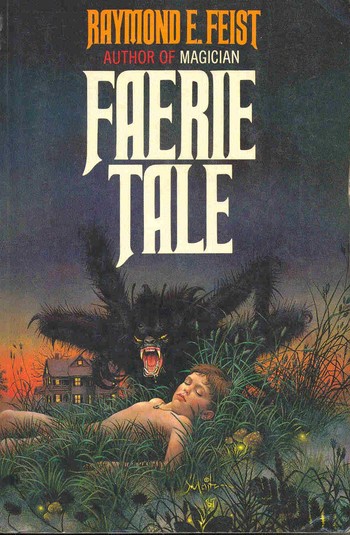 Faerie Tale is a novel by Raymond E. Feist, Published in 1988.

Screenwriter Phil Hastings and his wife Gloria move back to his hometown with his teenaged daughter Gabby and their twin sons Sean and Patrick, where he hopes to focus on his efforts as a novelist. Gabby is initially upset to be pulled away from California to the backwoods of upstate New York, but a handsome neighbor begins to change her mind, while Sean and Patrick are thrilled by the woodlot and wilderness nearby to explore. As the family settles into their new home, strange things begin to happen, and evidence piles up that the previous owner was involved in mysterious happenings. Now the pact that holds the Faerie Court in check is nearing its end, and unless the Hastings family can learn what's happening and how to renew it, they will be the first victims.