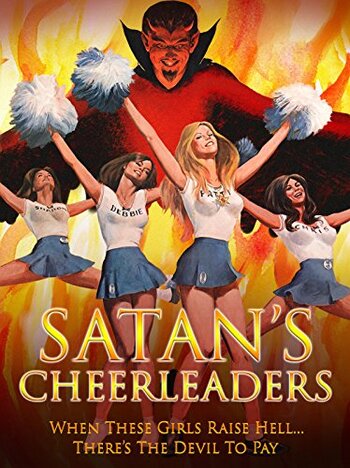 The janitor at a local high school is actually the scout for a coven of Satanists on the lookout for a virgin to sacrifice. One day he kidnaps the cheerleading squad to use for their rituals. However, unbeknownst to the devil-worshipers, one of the cheerleaders is actually a witch, and has plans of her own for the Satanists.