Music / Never Let Me Down 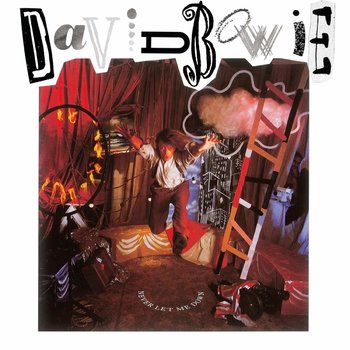 "You've arrived in the land of a thousand different names."
Click to see the cover for Never Let Me Down 2018 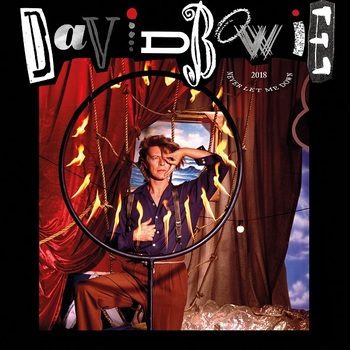 Never Let Me Down is the 17th studio album by David Bowie, released in 1987.

Bowie, having grown disconnected from his Let's Dance/Tonight fans, wanted to return to making a more rock-and-roll based album, marking the first time since Scary Monsters (And Super Creeps) that he played instruments in addition to singing. He collaborated with Iggy Pop, multi-instrumentalist Erdal Kızılçay, and co-producer David Richards (all of whom previously worked with Bowie on Pop's solo album Blah-Blah-Blah the previous year) with the view of putting the songs into a theatrical tour.

The album was commercially successful, selling more copies than Tonight, and spawned three UK Top 40 singles in the title track, "Day-In Day-Out" and "Time Will Crawl". The album additionally peaked at No. 6 on the UK Albums chart and at No. 34 on the Billboard 200, going on to be certified platinum in Canada and gold in the UK, the US, and France. The tour the album spawned, the Glass Spider Tour, ended up being the longest and most expensive tour Bowie had embarked upon at the time, with its elaborate set being called "the largest touring set ever." Despite its unprecedented expense, it too was a huge commercial success, making $86 million USD at the box office across its three legs and 86 shows.

In 2018, two years after his death, a George Lucas Altered Version of the album using the original vocals and a new backing track was released. Titled Never Let Me Down 2018, the album was released exclusively as part of the Boxed Set Loving the Alien (1983-1988). The re-do was a project Bowie had been trying to get off the ground as early as late 1987, first being talked out of it by Reeves Gabrels due to its close proximity to the original version's release before later revisiting the idea in 1996 just prior to starting work on Earthling. However, in both cases the idea never went far enough for anything to actually be recorded. The closest Bowie got to redoing Never Let Me Down in his lifetime was in 2008, when he appointed Mario J. McNulty to produce a new backing track for "Time Will Crawl" for the compilation album iSelect. Bowie did, however, manage to have some degree of influence on the final 2018 product, having hand-picked at least some of the musicians included on the remix.

The original version of Never Let Me Down was supported by three singles: "Day-In Day-Out", "Time Will Crawl", and the Title Track. The 2018 version, meanwhile, was supported with just one single: "Zeroes" (with "Beat of Your Drum" included as a B-Side).

Note: CD releases of the 2018 version are on a single disc; on LP copies, side four contains an etching of the "David Bowie" logo featured on the front cover.

Life is like a broken arrow; memory a swinging trope: