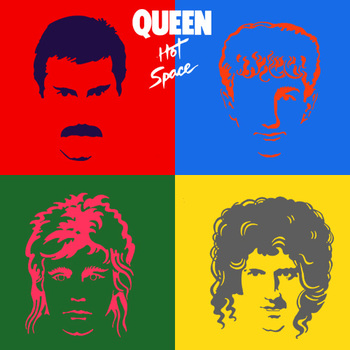 "Give me your body!"
"See what I got
I got a hell of a lot
Tell me what you feel
Is it real? Is it real?
You know I got what it takes
And I can take a lot"
— "Staying Power"
Advertisement:

Hot Space is the tenth album by the rock band Queen, released on 21 May 1982 by EMI in the United Kingdom and Elektra Records in the United States. After the massive success that was The Game (Queen), Queen was shifting even further into influences of disco and funk with the use of synthesized backing.

This is our tropes under pressure: