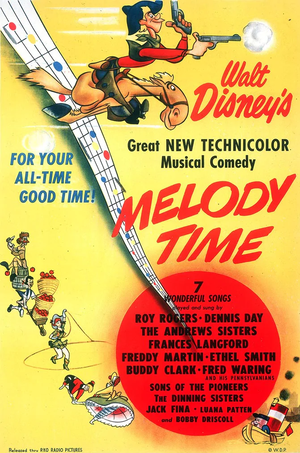 Melody Time is the 10th Entry in the Disney Animated Canon, released in 1948.

Unlike most other Disney animated features from before the age of home video, this was never given a theatrical re-release. Sometimes, however, the individual segments were each tacked onto another Disney release. Like Make Mine Music, the movie is a music-based Animated Anthology in the style of Fantasia