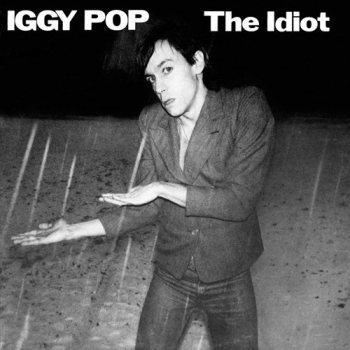 The Idiot is the debut studio album by Iggy Pop, released in 1977. Made after the breakup of The Stooges, the album was written and recorded with help from David Bowie. Recorded just before Bowie's album Low but released two months after, The Idiot acts as a direct prototype for Bowie's Berlin Trilogy (which makes up 1977's Low & "Heroes" and 1979's Lodger), featuring a similar Krautrock and ambient-infused style of art rock that builds off Bowie's earlier avant-funk experiments on Station to Station. Bowie would co-write and co-produce two more of Pop's solo albums, Lust for Life later in 1977 and Blah-Blah-Blah in 1986.

To promote The Idiot, Bowie eschewed the possibility of a supporting tour for Low and instead acted as a sideman for Pop during his own tour. Bowie would remain Two other stage players on the circuit, Todd Rundgren collaborators Tony Fox Sales and Hunt Sales (sons of Soupy), would later become Bowie's bandmates in the Hard Rock supergroup Tin Machine just over a decade later.

In the years since its release, the album would, alongside the Berlin Trilogy, be cited as a major influence on a number of Post-Punk, Synth-Pop, and industrial musicians in the following decades. David Bowie would later rewrite "Sister Midnight" as "Red Money" for Lodger, later covering "China Girl" on Let's Dance (1983).

On a less pleasant note, the album is infamous for the fact that Joy Division frontman Ian Curtis listened to it shortly before killing himself in 1980; it was still spinning on his turntable when his body was found. A similar case would occur with R.E.M.'s Automatic for the People and Nirvana frontman Kurt Cobain 14 years later. By coincidence, R.E.M. had previously covered "Funtime" as a B-Side to their 1989 single "Get Up".

The Idiot was supported by two singles: "Sister Midnight" and "China Girl".

We learn tropes, brand new tropes, like the nuclear bomb...