Video Game / The Council of Hanwell 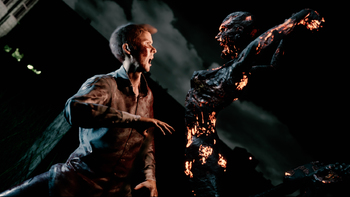 You wake up in a underground laboratory and have no idea how you got there. You find find notes from a mysterious man only known as The Doctor. You find hints throughout the game and you decide to find out what happened in the town of Hanwell.

Created by Nathan Seedhouse, The Council of Hanwell is a Survival Horror game that was released in 2018 on PC through Steam. Welcome to Hanwell is the 2017 demo of the full game where you wake up in a cell at Hanwell's jail and try to escape the prison.