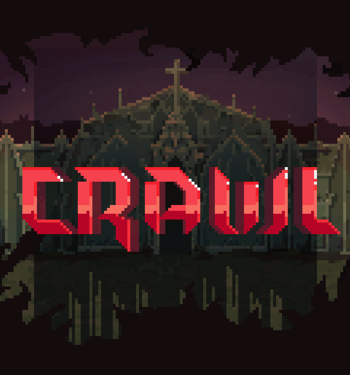 In the caverns beneath the earth, all turn mad.
— Opening lines, trailer
Advertisement:

Crawl is a Asymmetric Multiplayer dungeon crawler by Powerhoof in which one player controls the hero and three others play as spirits attempting to kill him. The spirits fight by controlling the dungeon's perils, via possessing traps and assuming the role of summoned monsters. Whoever lands the killing blow takes the place of the hero. The four players thus compete to grow in power and eventually unlock the path to the dungeon's Final Boss - whichever player slays the boss will earn their freedom and win the game.