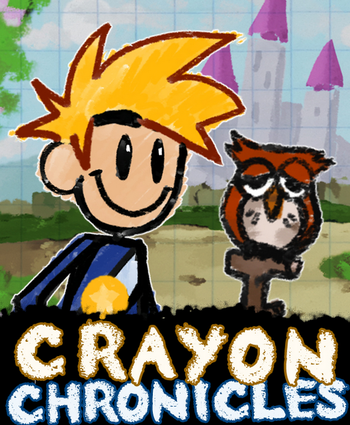 Crayon Chronicles is a Roguelike RPG by Outer Grid Games LLC. It was funded

Your friends have been kidnapped by the villainous Lord of the Swampyards, Stratolustrious Von Danderbreak the 37th (just Strato for short). Now you've gotta go rescue them. It shouldn't take too long, maybe two-to-four hours. Doesn't sound too exciting, huh?

Well, what if we told you each adventure was different? Different lands to explore, different enemies to face, different people to meet, and all of it got recorded in the Heroic Hallitorium so you can see how your adventures stack up against each other, and against the adventures your friends have?

THAT is the real hook of this game. It's a Roguelike full of a ton of different things to see and do, and places to go.