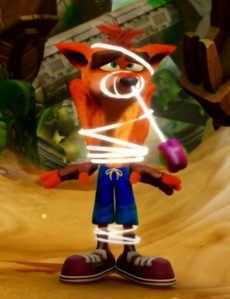 The more things change, the more they stay the same.

SPOILER ALERT: As a Moments subpage for Crash Bandicoot N. Sane Trilogy, all spoilers are unmarked as per policy. Venture past this point only if you dare! You Have Been Warned.