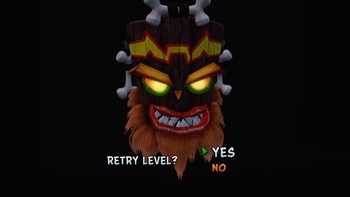 When will you ever learn...you miserable bandicoots?!

The graphical update of Naughty Dog's Crash Bandicoot trilogy not only brings its colorful stuff back but also its scary aspects.