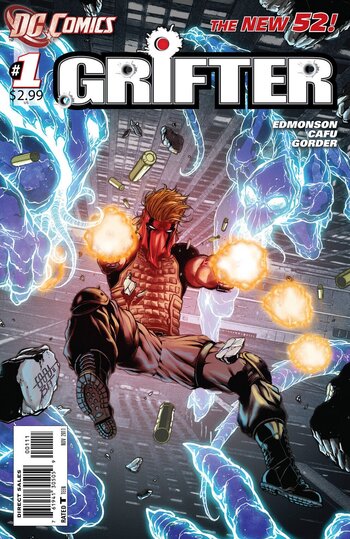 Grifter was a series published by DC Comics as part of the New 52 initiative. It was a re-imagining of the Wild Storm character of the same name.

Cole Cash is a former soldier who deserted and became a con artist before a run-in with the Daemonites makes him aware of their attempts to infiltrate the world. After slaughtering several Daemonites disguised as humans, he becomes a wanted man and has to go on the run.