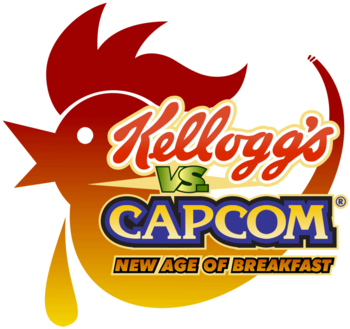 Followed by Rankin Bass vs. Capcom.note This was made by a former Capcom employee

, by the way.
"Games like this make it seem like Capcom has a lot of enemies. Everybody wants to fight them."
— Classic Game Room review

of Tatsunoko vs. Capcom
Advertisement:

A lengthy series of Massive Multiplayer Crossover Fighting Games, all of which feature Capcom and another company.

It's composed of several crossover series, which are listed chronologically:

Also see SNK vs. Capcom: Card Fighters Clash, a Card Battle Game series which acted as a precursor to the above-listed fighters.