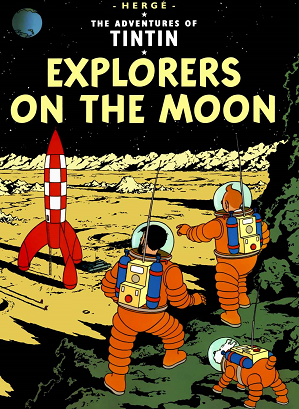 The story is mostly or totally terrestrially grounded; though there may be space travel, it's not a setting where going into space is a regular or easy task and likely none of the main characters has gone into space — until now. Maybe just one of them will go up as a means of putting them on a bus or maybe the whole cast goes up for an episode, but it happen only once or twice for the entire run of the story.

Compare Recycled In Space, which technically doesn't have to do with anything about space.