"You know, sometimes I wonder if there are other worlds out there to explore: worlds full of excitement and adventure and new friends!"
— Stampy 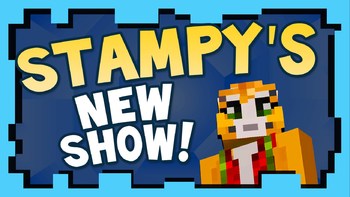 Behold! The show you'll forget the name of in 10 minutes!

Wonder Quest is a web series from Disney’s Maker Studios. It is created by Joseph Garrett, a YouTube commentator who posts videos primarily set in the sandbox game, Minecraft.

Since its release in April of 2015, the series has garnered over 71 million views. You can watch the first season here...

...and the second season here.

To see the TV Tropes page for Stampy himself, you can find it here.

I wonder what the examples of this show are?: