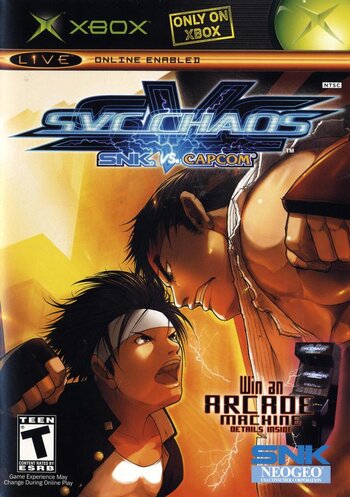 SNK vs. Capcom: SVC Chaos, is the final fighting game entry for the SNK vs. Capcom series, which is also part of the Capcom vs. series. It was launched in 2003 for arcades, the Neo Geo AES, and the PlayStation 2 (and a year later for Xbox), after SNK's bankruptcy and rebirth as SNK Playmore.

The gameplay is based on that of The King of Fighters 2002, and is the only game on this series to follow the traditional one-on-one battle system. The gauge system also allowed the players to execute many special attacks, plus Guard Cancels, Super Special Moves and Exceeds (which also requires the player to have half of its lifebar).

This game is notorious by breaking the trend of only having fighting game characters as bosses and secret characters: