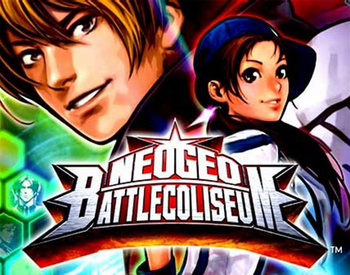 NeoGeo Battle Coliseum is an SNK crossover fighting game similar to its flagship series The King of Fighters, but it features several characters who have not appeared in KOF canon (such as those from Samurai Shodown, The Last Blade and World Heroes). It was released in 2005 on Sammy's Atomiswave arcade system, and subsequently on the PlayStation 2 and Xbox Live Arcade (last one as HD remake).
Advertisement: