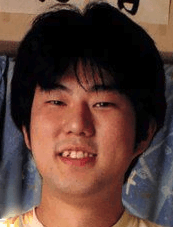 Eiichiro Oda (尾田 栄一郎, born January 1, 1975) is the creator of the long-running Shōnen Manga One Piece, which is over a thousand chapters in length and still going strong. Noted for his unusual art style and eccentric and imaginative character designs.

He got his start in drawing pictures from his father, who had a hobby as an oil painter. In middle school, Oda became a soccer player, inspired by the manga Captain Tsubasa. He began drawing manga during his second year there. At the time, Oda developed an interest in writing stories on pirates after watching Vicky the Viking. During his last year as a high school student, Oda quit the soccer club and turned his passion to manga.

While still in high school, Oda wrote and published his first work, Wanted! (1998) and won the Tezuka Award from Shonen Jump. After Wanted!, he studied at Kyushu Tokai University for one year before he dropped out to work as an assistant to various manga artists such as Shinobu Kaitani, Masaya Tokuhiro, and Nobuhiro Watsuki. In 1996, he published Romance Dawn and with its success, began work on One Piece.

One Piece, released in 1997, became a success in Shonen Jump. It sold over 440 million copies as of 2018. The success of this series led to Toei Animation creating an Animated Adaptation in 1999; as of 2021, it has aired nearly 1000 episodes. In 2017, Oda discussed plans to develop an American Live-Action Adaptation of One Piece.

In November 2004, Oda married actress Chiaki Inaba after dating for two years and he has two children. His anxiousness over his son's birth is cited as the leading cause for supporting character Portgas D. Ace's backstory with Gol D. Roger, the King of the Pirates.

Despite having been in the industry for half his life, he is still known for having a fanboyish love of manga in general, especially Dragon Ball. His playful approach to his work has won him a lot of fans. He often takes breaks after a couple of weeks, either because of research reasons or because of health issues, since it's known that he does not sleep very long a day. Those breaks last usually only a week, though.

Eiichiro Oda and his works provide examples of: