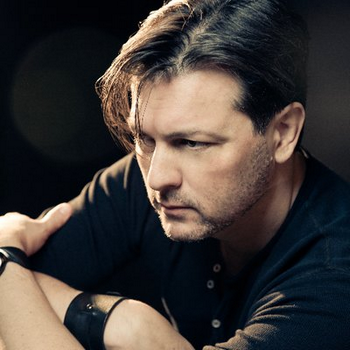 David Hayter, huh?
"I guess my first reaction to the name was: 'Well, I'm not taking my pants off, if that’s what they’re saying.' I'd been in Hollywood a few years by that time, and had been burned on the pants thing before. My second reaction was something like, 'I really hope they pay me for this.'"
— First reaction

(Codec ringing) Snake, you know who that is, right? Why not describe David Hayter here, since he gives your voice life?

David Bryan Hayter (born February 6, 1969) is a Canadian-American actor, voice actor and screenwriter. Most of his roles are in anime and video games, and he's known for his low, rough voice.

He traveled around the world a lot in his childhood and had been acting since then. He studied in Japan when he was a teenager, then moved to Hollywood. He mostly worked on live-action TV in his first few years in the business but became more involved in voice acting after making a cameo in Major Dad.

Since then, he has lent his voice to the heroes of Metal Gear, The Castle of Cagliostro, Fushigi Yuugi, YuYu Hakusho: The Movie, and Mobile Suit Gundam 0080: War in the Pocket. He was also the screenwriter for the films X-Men, X2: X-Men United, The Scorpion King, the TV pilot Lost in Oz, and he wrote an early script for Watchmen which Alan Moore himself, notoriously famous for disowning his work's adaptations, praised as the closest ever translation of his work yet. Hayter will also write and direct the film of Lost Planet.

"And that's all, right Snake? ...Snake, do you copy? Snake?! SNAAAAAAKE!!"
"Gee, I'm still here, Colonel. I'm just helping write the next X-Men film, that's all. It would be easier, if not for the fact the clap of my ass-cheeks keeps alerting the guards!
"Understood, Snake. Sorry for the confusion Good luck, and make sure to come back in one piece.
(Codec call ends)